In our lab there are seminars almost every day, and I started to use my iPhone’s Notes function to record some information and thoughts I found interesting during the seminars. I am really not experienced in typing the iPhone keyboard yet so here are my first 2 trials first as screenshots and then the texts themselves. Problem: in order to use the Notes texts in a normal text editor you have to send it to yourself as an email attachment.

and the second trial, followed by the comparison of the 2 texts. 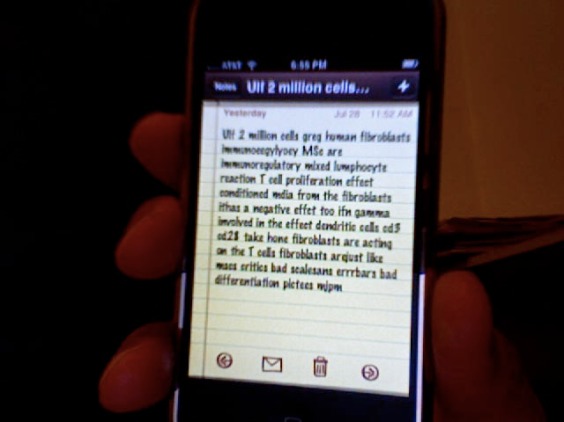 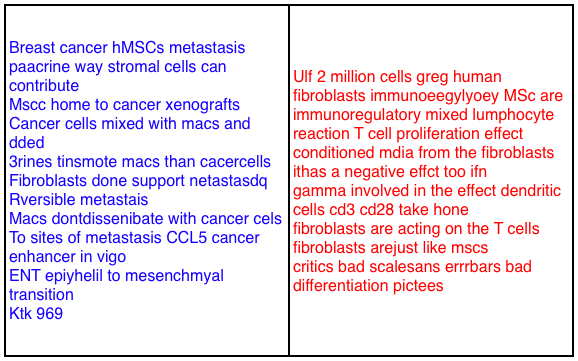 Well, both texts are hard to decode, but the second one has a bit more syntactically proper terms which is a sign of progress and gives me some hope to use the Notes function later after a serious human learning period as it was intended to be. The scoring for this function is 0.5.

Also there are other problems with using the Notes function, which were summarized in the Read/Write Web wishlist The Top 10 Things I Wish My iPhone Had Today: 4. Editing support is primitive

The iPhone features a very light document editor called Notes. It is more cute then useful, with its stylish font and glamorous page flips. Instead, it would be good to have Copy/Paste support as well as more rich editing features. A better editor is probably in the works, but for now notes are only good for quick shopping lists.

2 thoughts on “Making notes in a seminar with an iPhone: in progress (SciPhone Test)”