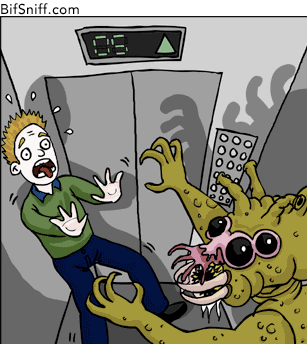 Stem Cell Labs on the Globe is a public map initiative of important, worldwide stem cell locations made by Google My Maps for the sake of stem cell researchers. The original idea is to easily find all the interesting academic stem cell places that you need to know in order to proceed further professionally.

The first reaction came from Monya Baker, editor of Nature Stem Cell Reports and blogger of the Niche, who has worries about the map.

“This is cool. My one worry is whether some anti-research freaks will use this to a bad end. Like those people in the UK who actually threatened scientists’ children as an ill-guided protest against animal research. I haven’t heard of that around stem cell research yet, but I don’t want to be their tool for mischief, or worse.”

Followed by my first answer: “I think your worry is a bit too advanced, all these data are public, searchable, so your argument goes that if we collect them into one public map for the sake of real stem cell people, that could be edited only by trusted persons (the gmail account and password is needed for editing and we would give the password personally by mail) that situation will produce more danger to the academic stem cell world as it makes easier to see the targets within one map and click for anti-freaks…..well, think again.”

If somebody wants to find stem cell labs, companies, persons or institutions to attack all he/she must do is to run some Google searches and if he/she is serious he/she will pick some targets with exact geodata within maximum 10 clicks. So with the same “fear” argument it could be advisable for instance not to make the list of stem cell labs awarded by CIRM grants public and restrict Google crawlers concerning regenerative medicine information. But I think it would be crazy to prohibit Google searches, or the entire Internet just because of the fears like that. Thanks to the Internet (and especially the Web 2.0 toolkit) we are living in the world of radical transparency and open science and that produces a tremendous opportunity for useful science applications.

Interestingly the same fears were conceptualized on the blog of Thomas Robey in the post Stem Cell Labs as Targets, where commenter Drugmonkeysays: “Please check with heads of labs before you submit them. You may think it amusing to consider the “objectors” and their “targets”. But if you think for half a second about the animal rights nuts and how they behave. And the fact that it is the religiously-motivated anti-abortion terrorists who have actually killed people, well, this may not be a good idea.just a thought.”

Thomas Robey also summarized the discussion in a comment for Adventures in Ethics and Science:

“The tension between discretion and explanation is one that Drugmonkey and I have been talking about on my blog over the last 24 hours. Or conversation centered on a new effort by the blogger Pimm to map all of the stem cell labs in the world using Google maps.

I joked that this would be a perfect way for stem cell activists to identify picketing targets, and Drugmonkey pointed out that embryonic stem cell research occurs at the intersection of the two most effective bioscience terror groups: anti-abortionists and the ALF.

Naming labs and universities is one thing, but I have to agree with Drugmonkey that the exact address on Google maps exposes researchers to undue risk, however small it may be. I appreciate how you present the scientists’ obligation to explain why they need to do something that a sizable contingent of the public might question or object to.”

Now I have doubts too because the last thing I am tempted to do is to harm the worldwide stem cell community (of which I am a member) in any way. So I am really open for any discussion, comments, but in the meantime let us build the Globe map further to prove it as useful as it intended to be.

Lastly I’d like to cite here another commenter, S. Rivlin:
“Keeping information away from the public for fear of a “terrorist” attack is not different from keeping secret the take-off time of a given flight for the same reason.

Law enforcement should deal with the terrorists. Scientists should be open and honest about their science and their protocols, including formally requesting a change in protocol via the standard channels (IACUC).”